As promised here are links to my tribute of this iconic toy. They are on my mediafire site and consists of the main file 20mb and a diagram sheet to help make the toy 1.5mb hope this is ok. ^__^

Well it's taken a while to get this project back on track what with losing my original templates & scans then doing countless projects in-between. But for the past week and a bit I've cancelled everything else and stuck to getting this on the road.

My original version I showed to Sharim and I had a few pointers to correct and change so hopefully I have done good to my word and created a toy worthy of his blessing. I will be releasing the custom version first then will be releasing a blank version for anyone who would like to customise, hey maybe even get a series out of it ? The toy is quite a complex monster it did comprise of 100 parts but I got it down to 85 so it's not really for the faint hearted, but saying that the majority of the model is very easy to construct, the feet only being the complicated section of the toy.

The first custom I am releasing contains a lot of paper folks logos all over the toy. This is just to say thanks to all the hard work that the community does and got me where I am in my life now ^__^

hope everybody likes it ^__^ 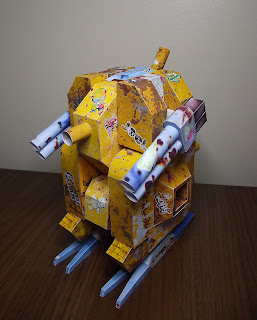 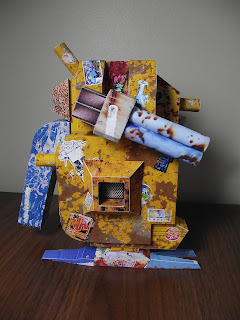 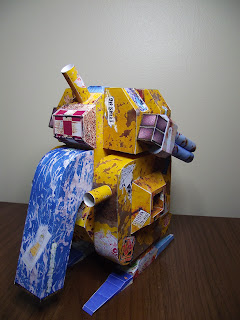 Some great sites to visit